About everything seemed to be listening:

everything seemed to be listening was a project by the artist and academic David Foster, which used photography – mostly double exposure photography – as well as moving image and found objects, to respond to the work of, and places associated with the work of, the artist Paul Nash (1889-1946).

The project, which ran from November 2016 to November 2020, was funded by three grants from Arts Council England's Grants for the Arts and National Lottery Project Grants schemes, and also by small grants from the Fine Foundation and Oxford City Council.

The first body of work from the project was shown in an exhibition at Rye Creative Centre in June 2017. The second body of work was shown at the Fine Foundation Gallery at Durlston Country Park in Swanage in September/October 2018. The third body of work was exhibited at The Old Fire Station in central Oxford in October/November 2020. Some associated events – talks, walks and workshops – took place in conjunction with the first two exhibitions.

Displayed on this website are around 120 images, and 12 moving image pieces, that were shown across the three exhibitions. There are many more images (around 750 in total) on my Twitter feed and the project's Facebook page. Also displayed here are some installation views from the three exhibitions, and some images of the found objects that were included in the exhibitions

More about the artist and the project:

Since 2011 my practice has engaged with the concept of place, often in the context of the work of other artists. This project continued to pursue these interests through an exploration of places in Southern England associated with the painter, photographer and writer Paul Nash.

My artistic practice involves responding emotionally and intuitively to the places and spaces in which I work. Increasingly I am motivated by a search for wildness and beauty in this over-cultivated and over-culturated world. I am often drawn to edgelands, wastelands, and borderlands, to ruined, derelict and abandoned places, and my work sometimes explores the transitory nature of human presence: the traces, both physical and intangible, of the departed, and the ways these human traces commingle with the more enduring presences of 'nature'.

The images and moving image pieces created for this project constitute my response both to the places in which Nash lived and worked, and to the dynamics that Nash brought out of them in his own imagery. The title of the project is taken from Nash’s description, in his autobiography, of his experience of a Hampshire woodland as a child. ‘The fields and sky’, he writes, ‘might be shouting at the top of their voices, but in the wood everything seemed to be listening.’

The guiding force behind my practice is an engagement with the consciousness of the natural world. Terence McKenna wrote: ‘A rise in the volume of the voices of the elementals [is] part and parcel with the ecological crisis. The planet is attempting to speak. Everything which can signify is reaching out toward humanity to try and reclaim us for the family of nature.’ A partial record of my ongoing movement towards being reclaimed in this way, my work attempts to relay something of the elemental energies of the land and the skies, and results from my many peregrinations – on foot, by bicycle, never by car – around a number of places in Southern England connected with Nash’s work. The areas and locations that played a significant role in Nash’s life and work include Avebury, Romney Marsh, Iver Heath, the Chilterns, the Vale of Leadon, Wittenham Clumps, as well as Rye, Swanage, and Oxford: the locations of the three exhibitions.

In all of my work that responds to other artists, I enter into a dialogue with the places in which particular artists worked, and with the imagery they created there. The artist and their work become something of a guiding spirit to my own journeys in and around those places. Recent photography projects have taken me to the American South to make images in places associated with the late musician Mark Linkous, and to Ireland to respond to places associated with the painter and writer Jack B.Yeats. Other artists that my practice has engaged with over the years have included John Clare, Franz Kafka and Samuel Beckett.

In the relatively early stages of this project I began working extensively with double exposure photographs, finding this to be an effective means of uncovering, or forging, correspondences in nature. The resulting images often experiment with fractal, rather kaleidoscopic imagery, variously evoking both a mystical and a playful engagement with place, with objects, and with the natural world. As with all of my photographic work, the images and videos are titled with a grid reference (in this case the Ordnance Survey grid reference code) giving the location where the work was made. All of the images were made in camera and not subject to any digital manipulation. That is to say, the double exposures are created in the field using the camera itself, not in post-production.

Found objects formed an increasingly important part of Nash’s practice as his career developed, and the project yielded a number of found objects that I brought back from my peregrinations around Nash country.

Found material was also used to create one of the moving image pieces, which was made by collaging found material (gathered at one of the Wittenham Clumps) onto 16mm clear leader.

All prints from this series are being produced in strictly limited editions of just three. Most available editions are for sale directly through this site, or alternatively you can contact me directly for sales of both framed and unframed limited edition prints of any of the other images from this project (or indeed of images from any of my other projects). For more information please contact me by email, or via the contact form on this site.

A Note on Environmental Responsibility:

With the exception of transporting artworks to and from galleries, this is an entirely car-free project. I get around by bicycle, on foot and by using public transport.

I was born in Aldershot in November 1979 and grew up in Northumberland. I studied at the Universities of Plymouth, Newcastle, and Reading, and completed a PhD at the latter in 2011, in the Department of Film, Theatre and Television, where I currently teach. My writing on film and photography, amongst other subjects, has appeared in various books and academic journals, and online. 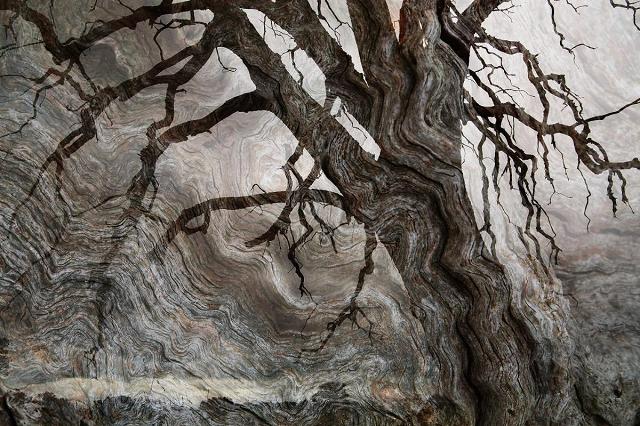 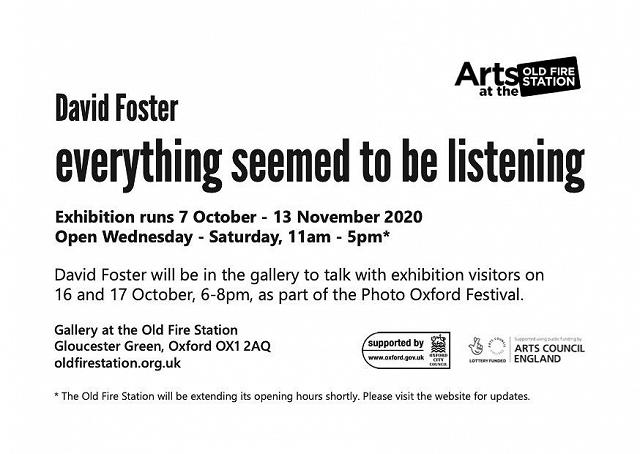 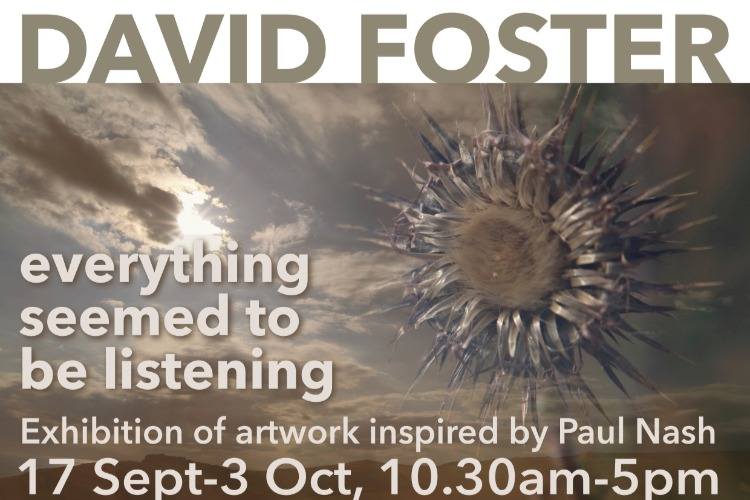 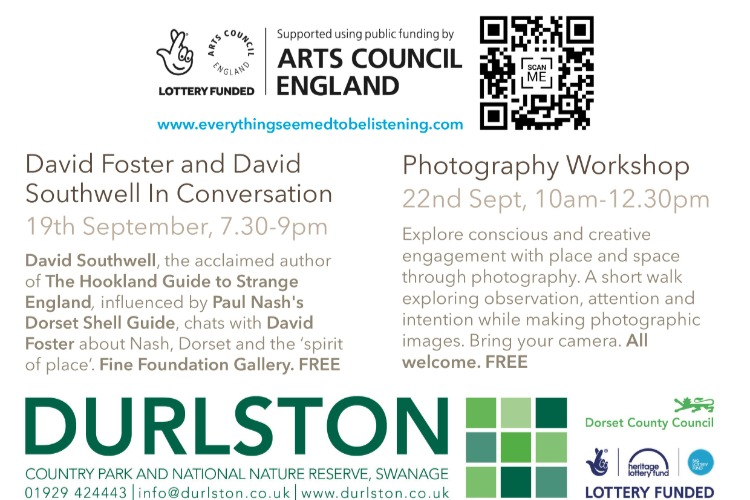 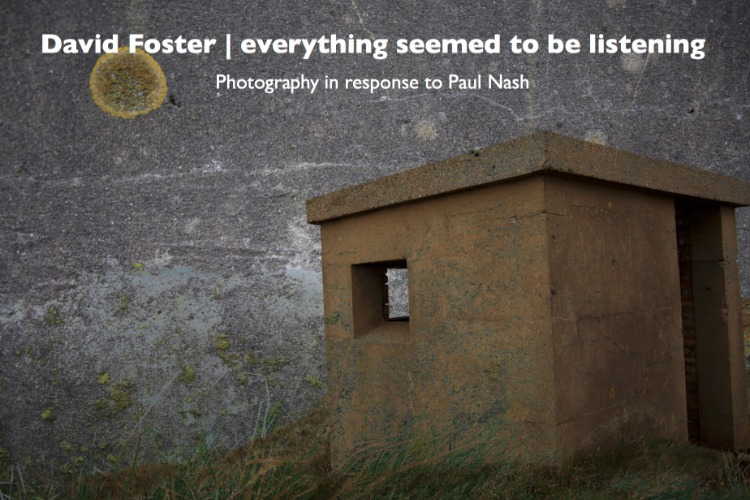 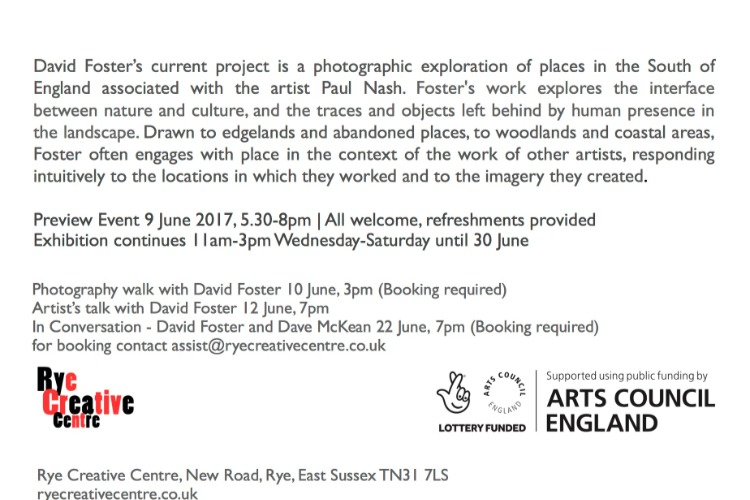